For those of you who care: Tom Sizemore opens the “DOOR” 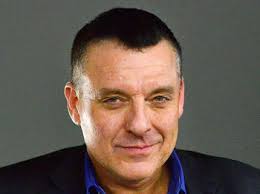 TWIN PEAKS star Tom Sizemore, will join the cast of the upcoming horror film,           THE DOOR.  According to Deadline.com, the film, set in present-day, follows Scott (Sizemore) and Rebecca Johnson as they move into a home where, in the late 50s, Dr. Lazarus Saint and his young son Vincent were killed in a house fire. Rebecca discovers the ghost of Vincent who warns her that Scott is becoming the dead Lazarus. She realizes she is doomed unless she can stop the reborn Lazarus.

While the film is expected to begin shooting this fall, a director has yet to announced.

The only Friday the 13th ranking you need to go by. I said what I said.
Pierre Joubert