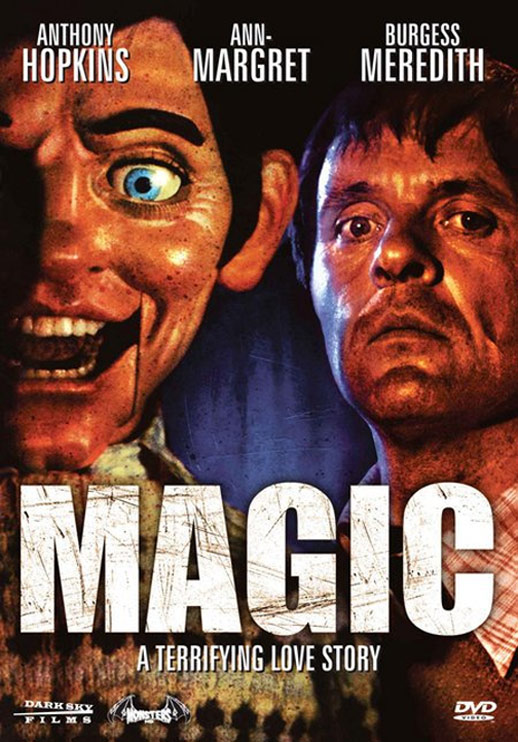 Today’s entry is for the 1978 film MAGIC.  I don’t know much about the film other than hearing how scary it is and that the original trailer had to be pulled from TV because of complaints from parents that the preview was scaring the shit out of their kids.  According to IMDB, the plot follows a ventriloquist is at the mercy of his vicious dummy while he tries to renew a romance with his high school sweetheart.  The film stars Anthony Hopkins and Ann-Margaret.  I’m going to have to find this movie.