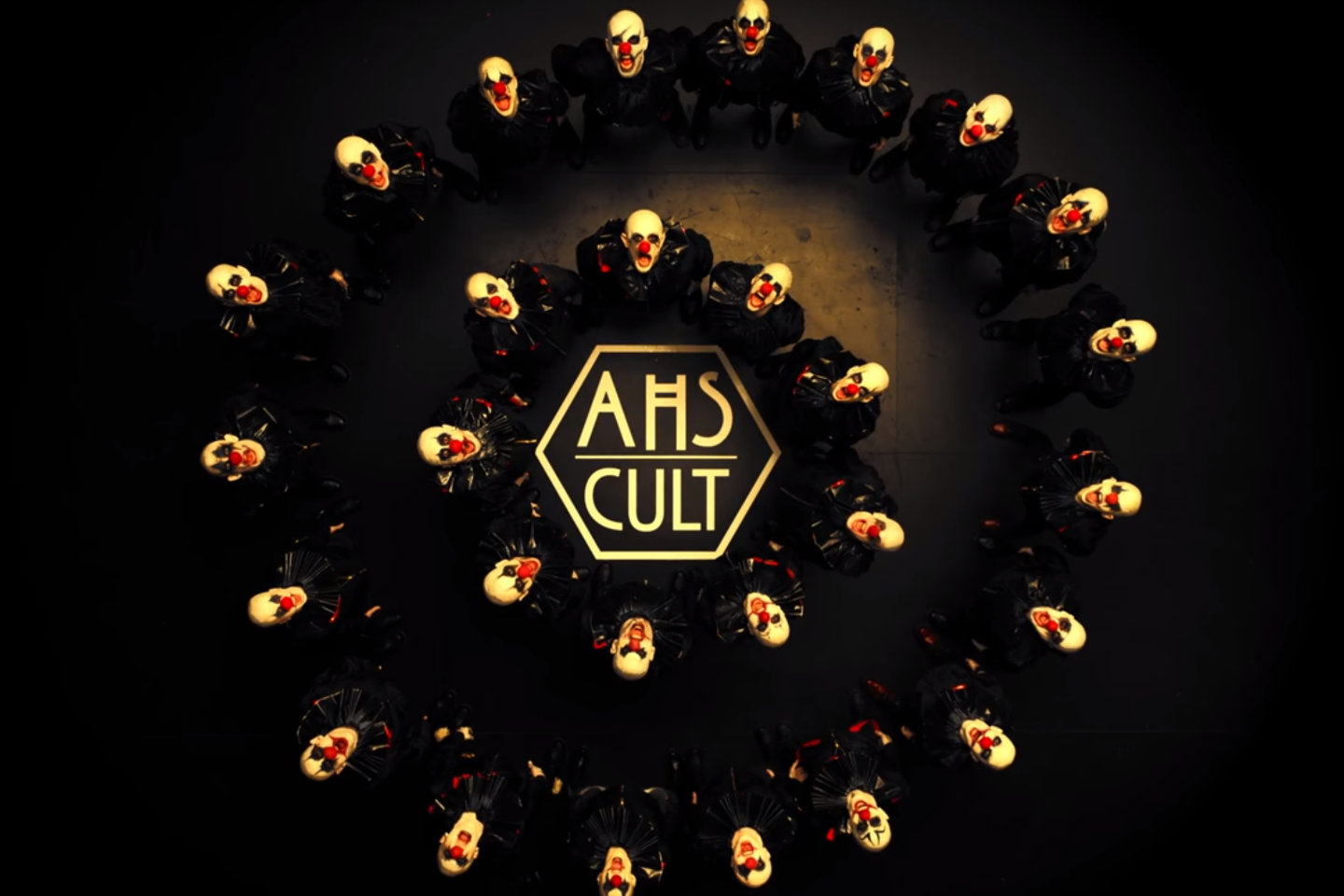 Ryan Murphy has released the opening credits for the upcoming season of AMERICAN HORROR STORY: CULT The opening credits for AHS have always been noteworthy due to their uniqueness and morbid beauty.  They usually contain easter eggs dropping clues for plot developments throughout the season.  This season’s credits make references to 45 and Hilary Clinton, blood-drenched sex partners, dead dogs and more.  Since last year’s ROANOKE season didn’t have an intro due to the season being played out as a docudrama, the opening credits are a welcome return.  I’m not sure if they’re the best but I have the previous intros below as well for comparison.  AMERICAN HORROR STORY: CULT premiers on FX Tuesday, September 5th.