The Definitive Friday the 13th ranking 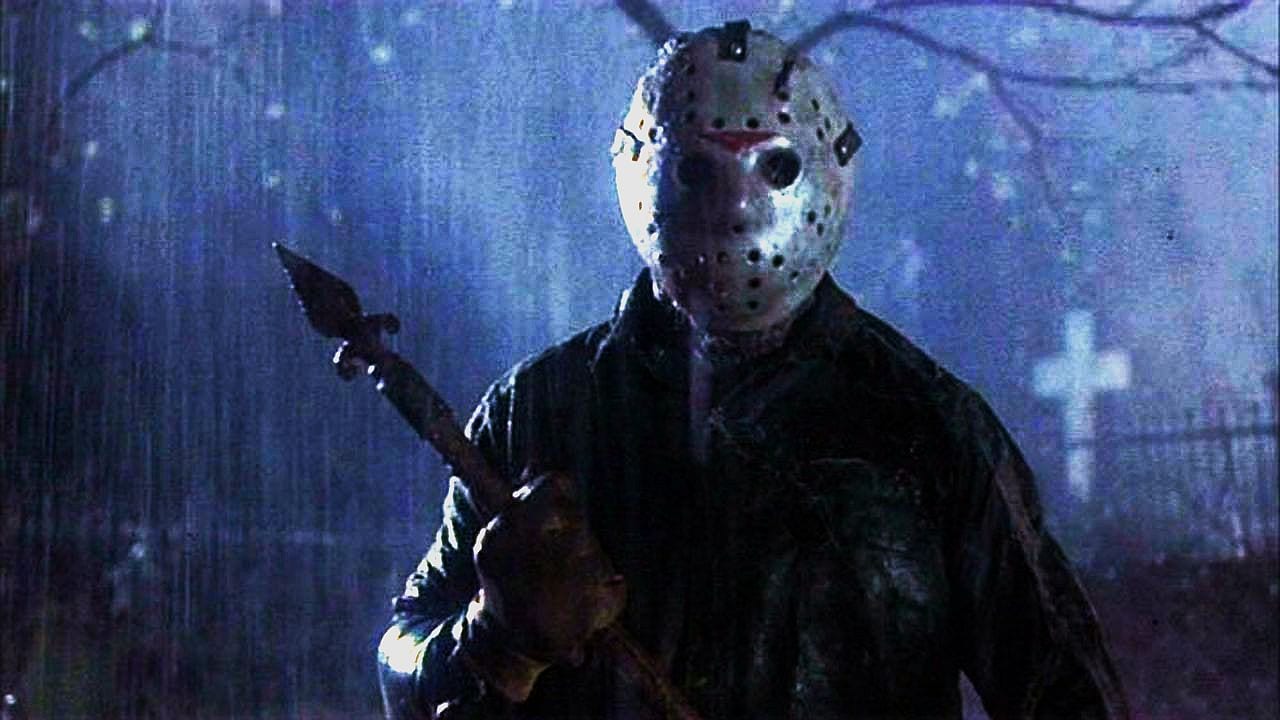 After 12 films (if you count FREDDY VS JASON-which I won’t) Friday the 13th remains one of the longest movie franchises of all time.  With the newest film canceled indefinitely, we’ll have to treasure the existing films for their time being.  With a franchise that has 12 films, you can count on some winners and losers. Well, low and behold: I present to you the official ranking of the series from worst to best.  As a heads up, I won’t include FREDDY VS JASON as I don’t really consider that film canon to this or the NIGHTMARE franchise.

“The mythological one.”  JGTH is by far the worst in the series.  FRIDAY’s premise is pretty simple: sexy college coeds in the woods and blood.  While this final installment tries to shake up the formula, it was just a matter of too little too late.  Aside from the opening scene and the final scene, this film is barely memorable.  Jason is barely in it and instead, we get his “spirit” in the form of a parasite infecting the townsfolk.  Points are also lost for adding a mythological tone to this one, which completely deviates from the makeup of the series.  There is a bit more male nudity and we have the always funny Rusty Schwimmer plus a pre-Will and Grace Leslie Jordan which saves this film from being a total bore.  Unfortunately, this film is just a mess.

Best Death: A pre-Queer As Folk’s Michelle Clunie’s torso being ripped in half.

“The Canadian One.” JASON TAKES MANHATTAN is the film where Paramount, the same studio that released Star Trek 5 the very same year, gave up on the franchise after the box office results for this dud came in.  JTM received higher praise during its original release due to less gore than it’s predecessors because apparently, that’s a good thing with these films.?.  Fans don’t watch these films for less gore, but it’s what we got.  The film feels dry and completely devoid of suspense or inventive kills.  Despite its title most of the film takes place on a cruise ship where most of the students from the beginning of the film must’ve jumped ship once Jason entered the picture because you don’t see them after a while. Also, the climax of the film is utterly ridiculous.  Jason vomits toxic waste and becomes his 8-year old self again?  This is literally one of the dumbest scripted devices I’ve ever seen- and I watch Shahs of Sunset. JTM ranks with JGTH as the bottom of the barrel for the series.

Best Death: Besides Paramount’s relationship with the franchise? Julian getting his head knocked off is the most memorable scene in the film.

Hottest Guy: I guess I’m supposed to say Scott Reeves since he’s the lead, but this honor goes to the only guy who can sport 80’s rocker hair and tighty-whities, Todd Caldecott.

“Jason meets Carrie; aka The big Gay One.” The New Blood is the film where Jason meets Tina, a young telekinetic chick with dead daddy issues.  It’s also the one where a lot of the actors are openly gay.  This doesn’t mean much, nor does it add or subtract from my critique of the movie, but this is a gay website so I had to point it out.  This is also Kane Hodder’s first film as Jason.  It’s ironic, Kane is recognized for being the only actor to play Jason multiple times and he clearly loves the zombie- but he happens to be in the worst films in the franchise.  This is through no fault of his own, but it’s a damn shame he couldn’t use his skills in a great installment.  Besides the heroine, Tina, THE NEW BLOOD offers the most bland, one-dimensional characters in the series.

Best Death: This sequel is notorious for most of the kills ending up on the cutting room floor, so the exciting kills are far and few.  The only one that stands out is Maddy’s barnyard stalk and kill scene.

Hottest Guy: Kevin Spirtas as Nick ranks as one of the series best-looking men.

“Jason in space” JASON X is one of the more polarizing films in the series.  Why wouldn’t it be? Jason is frozen in the present day in a cryogenic chamber and locked away on a spaceship.  He’s unfrozen in the year 2455 and unleashes his rage on the space crew.  The plot is absolutely ridiculous and it knows it.  This film was released in a post-SCREAM world, where self-references became a major commodity in the horror genre.  It makes sense that Todd Farmer’s script would inject more humor and satire.  It’s not scary, nor does it try to be, but the kills are clever and the characters and actors are engaging.  Also, the 80’s flashback sequence is one of the best moments in the entire franchise.

Best Death: So many to choose from but Adrienne’s head being frozen and smashed was amazing.

“The remake” The FRIDAY THE 13th reboot is really just a new sequel, which I’m more than fine with.  What I’m not fine with is making this fairly bland film look just like the TEXAS CHAINSAW MASSACRE remake.  It’s no coincidence that Marcus Nispel directed both films. Both films have that washed-out dreaded cinematic tone and ridiculously similar side characters.  The opening sequence is fantastic and Derek Mears does an excellent job playing job taking over the role of Jason.  The actors make the most of their characters with varying results.  However, the whole “Jason keeping a captive because she looked like his mom” was annoying and not well executed.  At least this film had the real Jason as the killer

Best Death: Willa Ford’s jet-skiing scene was about the most exciting post-opening credit sequence in the film.

“The one that introduced the hockey mask.” Friday the 13th part 3, which was originally introduced in 3-D, slightly changed the formula from the first 2.  Instead of teens gearing up as camp counselors, this one features young adults vacationing at a summer cottage.  Not only do they have to contend with Jason, but they also have to deal with the toughest gang seen on the celluloid since THE WARRIORS.  Part 3’s biggest contribution to the series is the introduction of the iconic hockey mask.  Other than that, it’s pretty tame compared to Parts 2 and 4.

Hottest Guy: Andy.  This one also lacked a pool of hot guys to choose from. 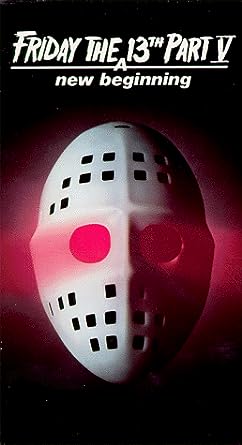 “The one with Fake Jason!” No other installment in the franchise is as divisive as A NEW BEGINNING. Most people hate it because it has Fake Jason killing everyone and his excuse seems forced.  But on the other hand, this is the most exploitative of the franchise- which I love!  Nudity galore (unfortunately it was from women only), blood everywhere, unnecessary kills?  Sign me up!  Next to THE FINAL CHAPTER, this is the most unapologetic in the series.  Ethel and Junior will forever have a place in my heart and Violet had moves that could get her on SO YOU THINK YOU CAN DANCE.

Hottest Guy: Robert John Dixon ranks among the series hottest guys.  Too bad he doesn’t last longer.  In the movie that is.

“The one with Jason’s mother.” The original FRIDAY THE 13th has the distinction of being one of those rare films that spawned superior sequels.  While the original created the prototypical horror tropes that became popular in the 80s, it was originally just a standard, run-of-the-mill HALLOWEEN ripoff.   With a cleaver (?) whodunit setup and inventive effects by Tom Savini, this FRIDAY stood out from some of its peers.  The film was also pretty tame compared to its sequels which upped the nudity and gore quota.  Some of the film’s shocking moments are still effective today which is a pretty impressive feat.  Plus, I can never get enough of Ms. Voorhees bitch-slapping Alice around.

Best Kill: Annie’s throat slash was pretty horrific considering she was the character that should’ve gotten away.

Hottest Guy: While Kevin “The Bacon” is in the movie, I think the hottest guy honors go to Harry Crosby.  He had the who innocent, puppy-dog eyes thing that The Bacon did not.

“The one with the wheelchair dude.” FRIDAY THE 13th PART 2 is essentially a remake of the first film.  It takes a bunch of attractive college kids as they prepare to open a camp.  They get naked. Shit goes down.  While the first film had us believe that a Golden Girl can stalk and kill a bunch of healthy 20-somethings, the sequel uses her presumed dead feral son to do the killing.  With characters who are more engaging than their predecessors and one of the strongest “final girls” in the entire genre, FRIDAY 2 beats out the original in every possible way.  The kills are better and the creepy view of the desolated camp from part 1 makes this sequel a better film than the original.

Best Death: Poor Mark couldn’t catch a break as he took a machete to the head and his wheelchair pushed down a long staircase.

Hottest Guy: Thom McBride was not only the series first openly gay actor, but he was also the hottest guy in the movie.

“The funny one.” After the general dismissal of the Jason-less FRIDAY THE 13th PART 5, Paramount wisely brought Jason Voorhees back.  Writer-Director Tom Mcloughlin was brought in to take the reigns of this new installment and to bring Jason Voorhees back from the grave.  His cleaver script goes in the opposite direction from some of the previous installments by adding satire, humor and more importantly…sympathetic characters.  Unlike Part 5, this film is very light on sexual overtness.  It’s the only film in the series that doesn’t have any nudity.  Whether or not that’s a good thing is up to the viewer, but I thought I’d point it out.  This entry also marks the point in the series where Jason becomes a walking zombie (remember he ran in the previous ones).  This is also one of the last great FRIDAY films.

Hottest Guy: Thom Matthews rocked the hell out of that jean-jacket.

“The one with Corey Feldman” This fourth entry really was supposed to be the final installment, which is why Tom Savini came back to do the special effects.  Of course the box office returns for this one led to A NEW BEGINNING coming out less than a year later.  FRIDAY 4 is a “balls to the wall” version of the first 3 films.  Jason is pissed in this one and uses his machete like his right hand.  The direction also sticks out in this one as well.  Director Joseph Zito uses lighting and clever camerawork in a way that fully shows the impact of Jason’s rage.   While most of the characters are sort of one-note, we get two strong protagonists in Trish and Tommy Jarvis.  This is a film that knows it has to be excessively bloody and at times, vulgar to live up to the hype of its subtitle.  THE FINAL CHAPTER is the most “FRIDAY THE 13th-y” of the entire franchise and for that, it’s the best.

Hottest Guy: Peter Barton played the ultimate pretty boy here.  He had the best shower scene in any movie since Janet Leigh got taken out.