Tobe Hooper has passed away 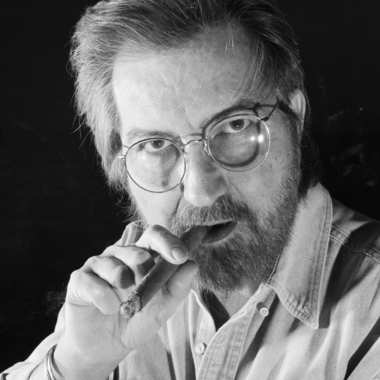 (Using my Sophia Patrillo voice) “Picture it. Detroit, Michigan. New Years Day. 1994.” My cousin, Tarah, and I were in the mood to rent a horror movie.  We went to the local video store searching the aisles for something to scare the shit out of us.  She picked up CHILD’S PLAY 3. I laughed at her and told her to find something that’s actually scary.  And there it was. The infamous box cover for the original TEXAS CHAINSAW MASSACRE.  I’ve only heard rumors about this movie before.  I heard that it was based on a true story. I also heard that many audience members fainted in the theaters or became violently ill during its original release.  My uncle, her father, paid for the rental since we were underage.

What I saw that night terrified my 13 year-old self.  The movie was so raw and seemed so real.  Keep in mind, this was before the internet was at everyone’s fingertips so I assumed what I was watching was actually based on something that really happened.  The image of Marilyn Burns’ blood-soaked white pants and ripped purple tank-top as she’s running from a chainsaw-wielding maniac was so intense for my cousin and I that we didn’t get a moment of sleep that night.  The next day we told her father about the weird snuff film we watched the night before.  Instead of consoling us and telling us the rumors of this story beinh true was just an inventive marketing tactic, he popped the movie back in the VCR and made us watch it again in broad daylight with him.  He wanted to see what the fuss was about.  As Leatherface was dancing with his chainsaw and the credits began to appear he said, “That was pretty damn good.”  The second viewing, this time with adult-supervision, didn’t erase any trauma from the first viewing.

I avoided watching the movie for years.  For years. I was in my early 20’s and I was legally able to purchase alcohol when I drummed up the courage to re-watch the movie that made me question humanity as kid.  I bought the DVD and re-watched this movie by myself.  While still terrifying I was able to see with drunken clarity why this movie will never be surpassed by any sequel, reboot, prequel, etc.  It’s a genuinely terrifying movie.  It’s simplistic approach and gritty-actually dirty style made this film seem so…real.  I’ve seen TEXAS CHAINSAW MASSACRE (and all the sequels, reboots, prequels) several times and have become a part of its cult.  While I love Freddy Krueger, Jason, Michael Meyers and Chucky just as much as anyone else, they’ve never scared me.  Leatherface and his family did.  Tobe Hooper created a masterpiece that stuck with me for several years.  For this, I thank him as an artist. Rest In Peace.

This image of Pam being forced on the hook still gets to me.