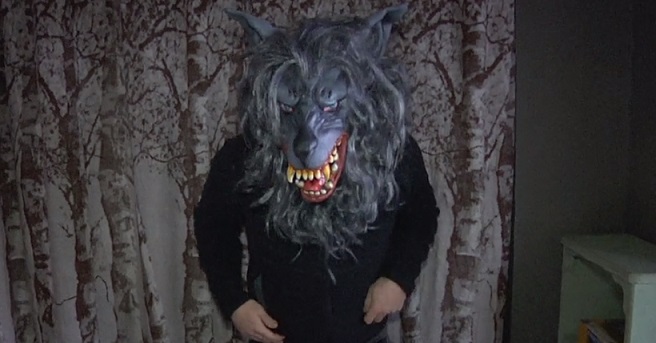 I can’t be the only one who was shocked by the 2014 horror film CREEP.  I just can’t.  I knew nothing about the movie going in- I hadn’t seen a preview nor did I read a review.  I’m a fan of Mark Duplass so I just gave this movie a go because he was starring in it.  To my surprise, not only was CREEP an effective horror film but Duplass also gave a surprisingly disturbing performance as the titular creep.  It’s 3 years later and he’s back, with Peachfuzz, the disgusting wolf mask.  The trailer was just released today and it looks promising.  It seems to cover similar territory of the first film but with a more insidious motivation.  According to IMDB the plot follows Sara, a video artist whose primary focus is creating intimacy with lonely men. After finding an ad online for “video work” she thinks she may have found the subject of her dreams. She drives to a remote house in the forest and meets a man claiming to be a serial killer (Duplass). Unable to resist the chance to create a truly shocking piece of art, she agrees to spend the day with him. However, as the day goes on she discovers she may have dug herself into a hole she can’t escape.

CREEP 2 is scheduled for release this October 24th and like the first film was directed by Patrick Brice based on a script he co-wrote with Duplass.  Here’s hoping this second installment makes us excited for the rumored CREEP trilogy.