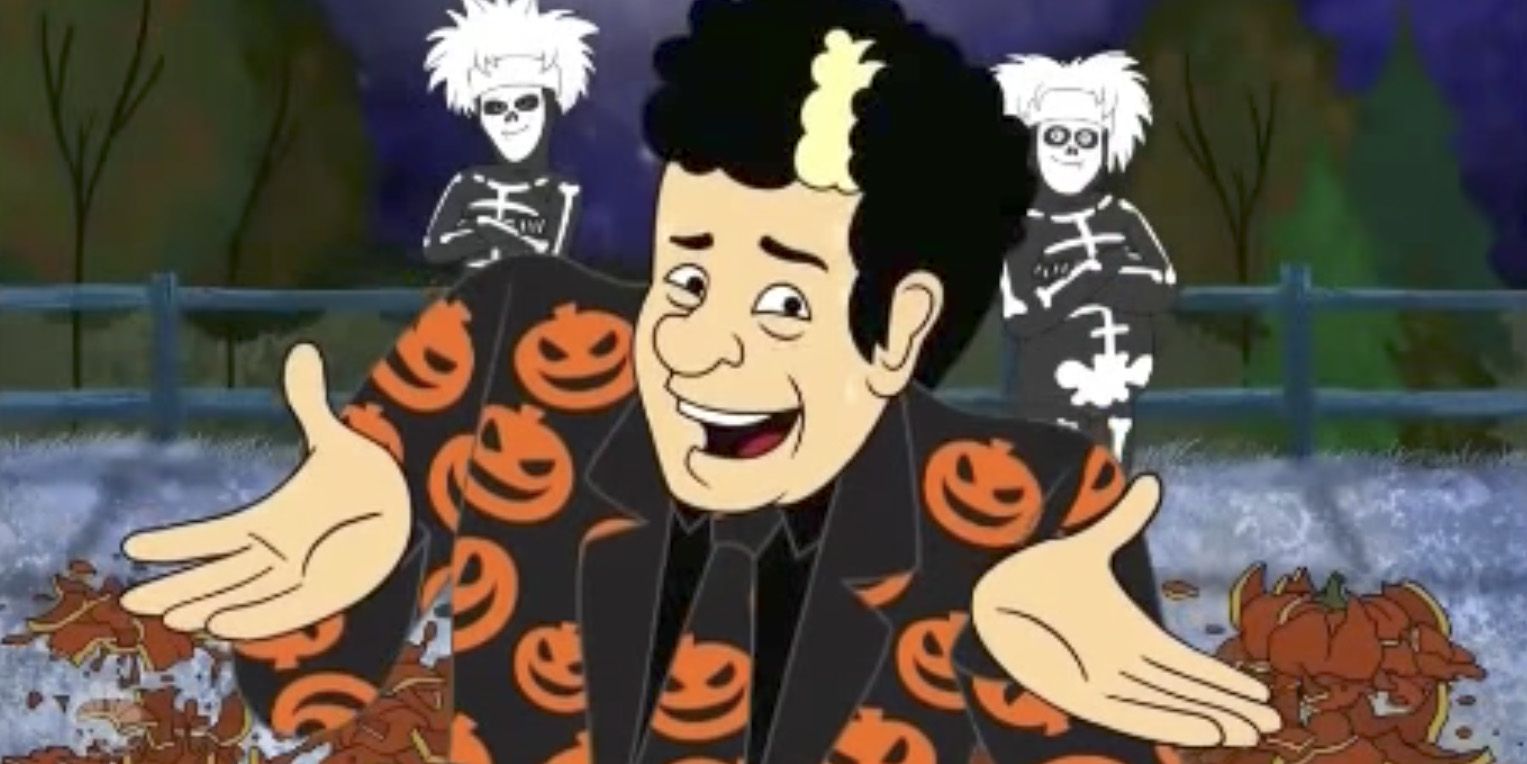 During a 2016 SNL episode, host Tom Hanks starred in an oddball skit called DAVID S. PUMPKINS.  The skit starred Beck Bennet and Kate McKinnon as a couple going through a haunted house elevator only to be accosted by the strange yet very unscary David S. Pumpkin and his 2 dancing skeletons played by Mikey Day and Bobby Moynihan.  The strange yet hilarious skit went viral and this year spun off a Halloween animated special.  The new special was aimed for kids although I found it funny and surprisingly heartwarming.  While reviews have been mixed (to put it mildly) the 30 minute special was funny and strange enough for repeated viewing.   The cynical humor isn’t for everyone but I found myself laughing out loud a few times. Nothing will ever replace Charlie Brown’s Great Pumpkin but DAVID S. PUMPKIN was a welcome surprise that I hope is repeated for the forseeable future.  Below is the sketch that started it all.