November 9th needs to be an official holiday 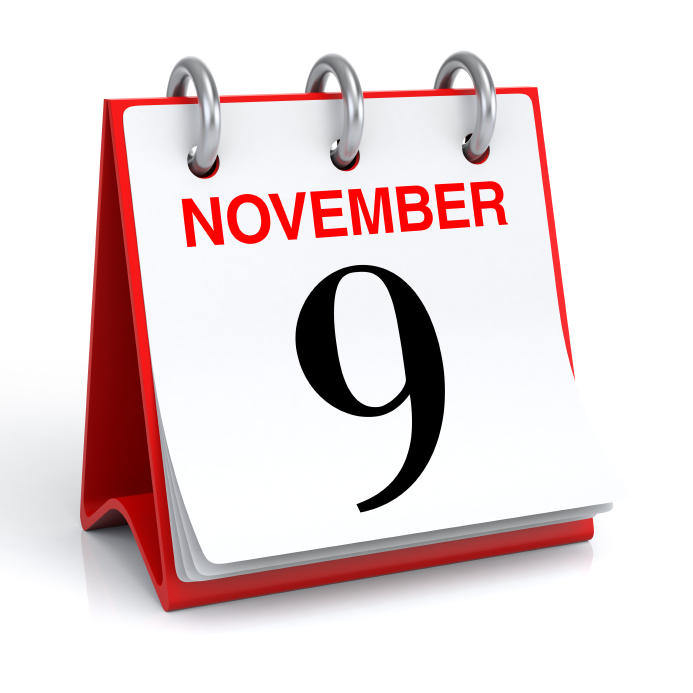 Let’s go ahead and start a campaign to make November 9th an official holiday.  A post-Halloween if you will.  Heldover Halloween?  Why am I starting this new revolution?  November 9th is the day that 4 iconic… well some iconic and some just damn good, horror movies came out.

NIGHTMARE ON ELM STREET- release date: November 9, 1984.  As if I need any other reason celebrate Wes Craven’s masterpiece!

SILENT NIGHT, DEADLY NIGHT- release date: November 9, 1984.  Before being pulled from theaters after a week, this film was released on the same day with far more controversy and on to more screens than NOES.

These are 4 films that have stood the test of time and created devoted fan bases that helped cement their place in horror history.  NIGHTMARE ON ELM STREET breathed life in the horror genre by substituting gratuitous bloodshed for fully developed characters and such a rich horrific-fantasy world not seen in horror films since 1979’s PHANTASM.

It also introduced the world to one of the greatest horror villans, Freddy Krueger, played by Robert Englund in a game changing performance. SILENT NIGHT, DEADLY NIGHT is a film that, outside of its initially shocking presence, would have been just as indistinguishable as any of its slasher peers at the time.  What set SILENT NIGHT, DEADLY NIGHT apart was it’s then-shocking image of a murderous Santa Claus, or someone dressed up a Santa Claus murdering people.  Sure the killer was insanely hot-  but he still killed people.

While SILENT NIGHT, DEADLY NIGHT was released on the same day as NIGHTMARE ON ELM STREET, it was released to a wider audience and more screens, while NIGHTMARE was released initially only to regional markets.  In fact SILENT made more money than NIGHTMARE on its opening weekend. Still, thanks to the PTA, Siskel and Ebert, and other tight-asses, the movie was pulled from theaters quickly after it’s release. SILENT NIGHT, DEADLY NIGHT later became one of the most controversial films of the 1980s.  It’s infamy spawned 4 sequels.

While Freddy Krueger and Jason Vorhees continued to dominate the celluloid throughout the 80’s another future horror icon was waiting in the wings.  Chucky A.K.A. Charles Lee Ray became another fan favorite thanks to a sharp script and new villian with an identifiable personality in CHILD’S PLAY.

Brad Douriff doesn’t get as much recognition for his place is modern horror as Englund or Kane Hodder, but let’s face it- no one can replace his voice and wit as Chucky.  When he returned for the stylish sequel, exactly 2 years later, Chucky fulfilled the potential he displayed in the first film.  CHILD’S PLAY is still going strong almost 30 years and 5 more sequels later.

These 4 films are celebrated enough where I beleive we should mark November 9th as an actual horror holiday.  Listen, if there’s an entire day devoted to pizzas, or donuts, or a grandparent, I think we can set aside a day that’s for the celebration of these movies or horror movies in general. What do you think?  Should we create a new holiday that specifically celebrates the horror film and TV genre?  And before anyone mentions it- Halloween doesn’t count.  That’s rooted in religious rituals and kids.

UPDATE: Fuck it.  I’m starting my own tradition beginning next year. It’ll take that long to plan. Stay tuned…