Which franchise had the worst “Part 5?” 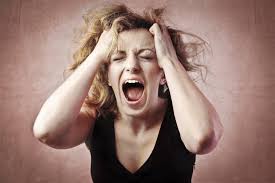 Bad sequels.  It happens to the best of the franchises.  Even the greats like Freddy and Michael hit creative lows with their fifth installments.  I’m not sure if that’s due to general franchise fatigue, a case of too little too late or in the cases below it’s when the series took an unconventional turn to stay fresh.  Some turns were more successful in some franchises than others.  Either way, the “part 5” of these series are generally dismissed as the worst of the bunch.

It pains me to see this since the ELM STREET series is my favorite film franchise.  However after critical and financial highs with the previous 2 sequels, with Part 4 becoming the highest grossing in the franchise until 2003’s FREDDY VS. JASON, Part 5 was reportedly rushed into production without a solid shooting script.  This installment attempted to reach an audience that was starting to grow up.  By touching on themes of teen pregnancy, abortion and custody issues, THE DREAM CHILD, is the most mature film on this list.  Still, Freddy was no longer scary nor funny and most of the gruesome scenes wound up on the cutting room floor.  Thanks MPAA! Having said all this, it’s still better than FREDDY’S DEAD.  Oy!

What the hell was going on with my favs in 1989?!  There are so many things wrong with this film it’s hard to keep track.  Mute children! Stuttering children! An inappropriate Dr. Loomis! A weird version of Rachel! The man in black! Michael’s mask! Tina! The lack of hot guys! Like NOES 5, HALLOWEEN was rushed into production after a solid 4th entry.  New ideas were introduced that didn’t seem to work like connecting everyday killer Michael Meyers to the strange Man in Black.  While the direction and overall look of this film was really good (also like NOES5), the unfortunate script and bland characters hamper this installment.

This movie is just awful on every level.  This film is a perfect example of a simple idea that became far too convoluted with each sequel for its own good.  Nothing different in this film happens that didn’t happen in the first four films and the MARKED ONES spinoff, but it happens to the most bland characters imaginable.  After a series high with the MARKED ONES this “part 5” is a real let down while killing any sort of suspense by actually showing Toby- the demon thing that’s been stalking the family or something… I…just…don’t…care…anymore.  PLEASE DON’T REBOOT THIS SERIES!

For most people, SEED OF CHUCKY, is a “love it or hate it” film.  I’m the freak who is pretty indifferent either way.  Like the most recent installment, CULT OF CHUCKY, SEED has a lot of campy, meta humor that a lot of the audience didn’t respond to.  I completely understand why.  This wasn’t the tone that was introduced in the first 3 films and was moreso implied in the fourth film.  Whether you “loved it or hated” it, I don’ t think most people consider SEED to be a true highlight of the franchise.  By making the killers parents to a gender fliud son and adding Jennifer Tilly in the most WTF moments of any modern franchise, SEED might have been too funny than scary for most of the audience to appreciate.

Full disclosure- I love this Jason-less sequel!  It’s so bat shit crazy that I always have a good time when I watch.  Most people were annoyed that neither Jason nor Tommy was the actual killer in this one and that it was setup as a shitty whodonit film.  I can understand that reasoning back in 1985 but quite frankly, I’m over it and can appreciate the series for trying to do something different.  Well different since the first film.  However A NEW BEGINNING is generally hated by most fans for this reason.  I guess I’ll stand alone in my love for this film.

Are there any other “Part 5’s” that are missing from this list?  Let me know in the comments.