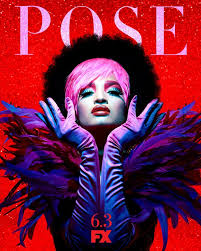 The highly-anticipated Ryan Murphy series, POSE, premieres tomorrow on FX. According to Broadway World, the series is “set in the world of 1987 and looks at the juxtaposition of several segments of life and society in New York: the rise of the luxury Trump-era universe, the downtown social and literary scene and the ball culture world.”