First Look At The New ‘Sabrina’ 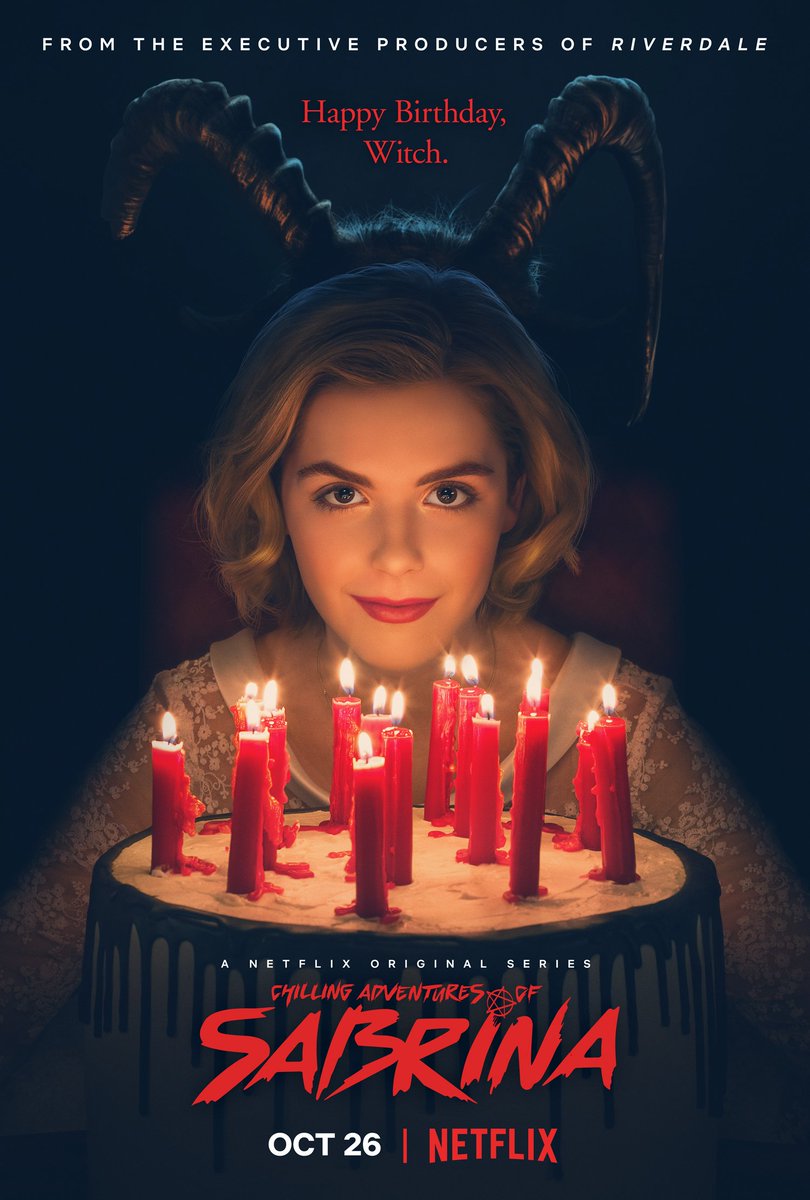 Eat your heart out Melissa Joan Hart.  The first look at the upcoming Netflix series, THE CHILLING ADVENTURES OF SABRINA has finally dropped… and it looks good.  As previously reported, this RIVERDALE companion series will eschew the bubblegum-pop sitcom version of Sabrina in favor of a darker, more sinister Sabrina.  Kiernan Shipka (from the excellent THE BLACKCOAT’S DAUGHTER) takes over the role of the titular witch in this new adaptation which follows her in “a dark coming-of-age tale that follows Sabrina, as she wrestles to reconcile her dual nature as a half-witch, half-mortal while fighting evil forces” according to IMBD.  Here’s hoping the show doesn’t get infested with mafia-based storyline, misguided musical episodes and illogical character choices and brings us the dark yet oddly comedic tone of the comic series it’s based on.

THE CHILLING ADVENTURES OF SABRINA debuts on Netflix on October 26.