Horror movies are known for many things.  Killer clowns, ghosts, zombies, and cash-in sequels which populate the genre.  Sometimes, these cash-in sequels turn out better than anyone can expect (looking at you FRIDAY THE 13TH: PART 2) while others are disastrous inferior products named after their predecessor (looking at you AMERICAN PSYCHO 2).  Still, there are some sequel-worthy films that never got a fair shake.  Whether it’s due to non-existent public interest, poor box-office returns of the original film or rights issues these films never got the sequels they deserve.  And I need answers. 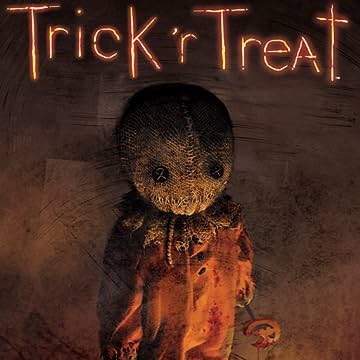 While it’s great that writer-director Michael Daughtery as moved on to monsters bigger than Sam with the upcoming GODZILLA sequel, I personally need a Trick ‘r Treat follow up.  The original has moved on it’s initial “cult” status and has become a bonafide Halloween classic.  Next, to Michael Meyers initial outing, Trick ‘r Treat is a must watch on Halloween.  While we’ve been teased with a sequel over the years this is a painful case of “I’ll believe it when I see it.”

The original was intriguing. The first sequel was brutal, creative and a huge surprise. And then… the third installment came and stumbled from the first frame to the last.  V/H/S is essentially a millennial take on the classic vignette films like TALES FROM THE CRYPT and VAULT OF HORROR. It’s a fairly simple premise involving the most horrific moments in people’s lives caught on VHS.  No information on a fourth movie has been announced but I would hate to think of this series is dead in the water because of a fairly boring and uninspired third entry. 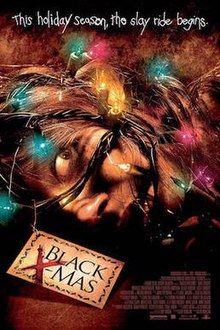 Upon its initial release this remake of the Bob Clark 1974 classic BLACK CHRISTMAS who panned by critics and audiences alike.  It lacked the suspense and shock of the original.  What we got instead was a fun ride that didn’t try to outdo nor copy the original and instead created its own identity with a stellar cast that was clearly having the time of their lives.  Over the years BLACK X-MAS has developed a cult following and has become required viewing in my household every season just like the original masterpiece.  More stories could be told with Agnes terrorizing the sorority home just like her older brother/father did.  Here’s hoping writer-director Glen Morgan returns to filmmaking to bring another holiday classic. 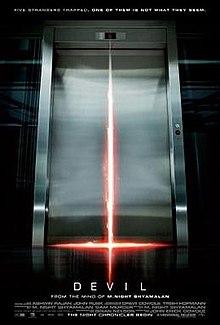 M. Night Shamalyn’s DEVIL tells the story of 5 strangers trapped in an elevator who must atone for their past sins as the actual devil picks them off one by one.  The story is sharp, suspenseful and more effective than it has any right to be.  Devil was the first part of an intended trilogy that was to be called THE NIGHT CHRONICLES.  Each story would explore the supernatural in an urban setting.  Thanks to Shamalyn’s success with movies like THE VISIT and SPLIT those plans seemed to be placed on indefinite hold.  But then again, so was a sequel to UNBREAKABLE.

David Robert Mitchell’s Detroit- area set (my hometown) suspenseful film follows a young woman who contracts an evil entity from her boyfriend during a night of passion.  This sinister presence follows her and her friends as she tries to pass it off to someone else and get rid of it once and for all.  It’s worth seeing to see how a film with such a minimalist setting can create horror and edge of your seat tension (i.e. the original HALLOWEEN).  The soundtrack by Disasterpiece also elevates this film to a modern horror classic.  The film’s ambiguous ending suggests that more of the story could be expanded.

Are there any sequels you’d like to see?  Drop a line in the comments.

No Time For Pants