5 Reasons Why Halloween: Resurrection Is Better Than You Remembered 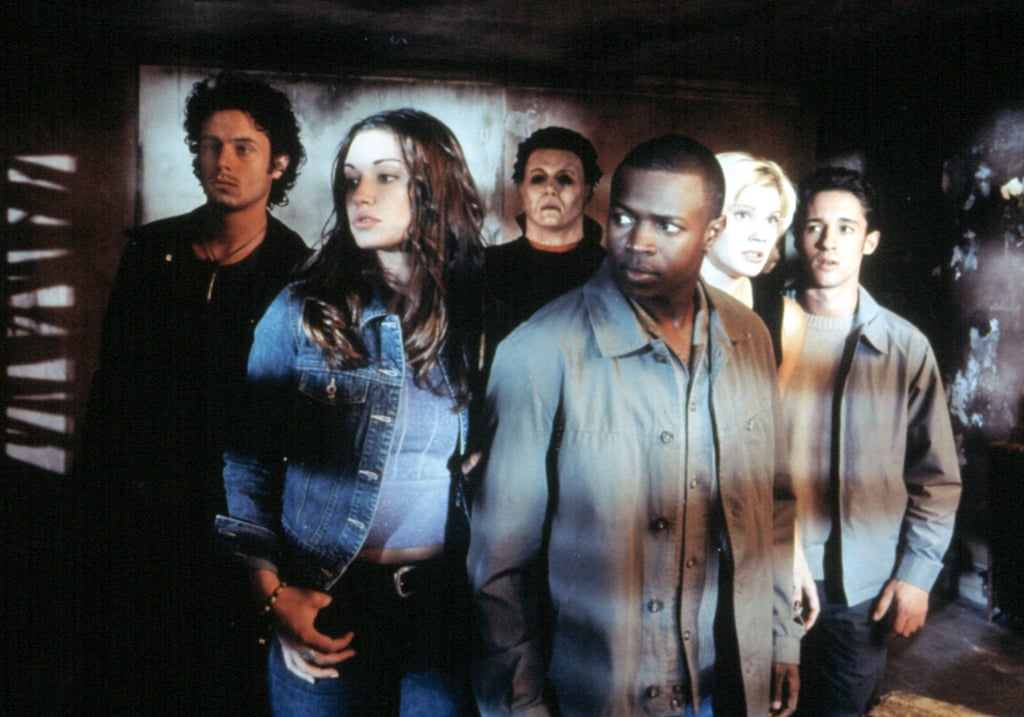 HALLOWEEN: RESURRECTION is generally considered a low-point in the original series (The Rob Zombie series is a whole different beast to battle).  This unnecessary entry has a lot of factors working against it.  These include the cliched horror-tropes, the integration of the early Aughts internet, bland kills, lack of suspense and the biggest HALLOWEEN sin of all… the killing of Laurie Strode. That, and Busta Rhymes.  All of him.  Seriously, fuck this movie.  It’s a HALLOWEEN movie that came out in mid-summer. To be fair, so did the superior HALLOWEEN: H20 but fuck that movie as well.  Still, I don’t hate this movie as much as most other fans.  It does have a few things working for it.  Since I’m in a charitable mood with no clothes to donate to Goodwill, I figure I’ll name 5 things HALLOWEEN: RESSURECTION has going for it.

1-The Michael Myers mask.  After the shitfest series of masks in H20, at least the RESSURECTION mask was consistent throughout the movie, and looked… decent?  No CGI. No exaggerated eye sockets. No white hair.  The Michael Myers in this installment looked better than it had in years.

2-RESSURECTION has the hottest crop of guys in the entire series.  The HALLOWEEN series doesn’t cast good-looking actors instead of good actors like other franchises (I’m looking at you FRIDAY THE 13th).  The eye-candy has been far and few in between in the series.  In this film, we have Sean Patrick Thomas, Luke Kirby, Ryan Merriman, Billy Kay, and Thomas Ian Nicholas.  A very nice mix which makes this “dangertainment” easier to watch.

3-NONE of the following are found: Druid cults, the Man in Black, strippers, hammered in cameos from actors from 1980s horror, Michael Myers chit-chatting, a lack of humor, Tina, the word “fuck” every fucking minute, a mute-Jamie, a stuttering kid, throwbacks to the SCREAM franchise, an abusive father, unnecessary exploitation of women (okay, it sorta does), and bumbling cops.

4- It could’ve been a fresh start for the series.  While the deaths of Laurie Strode and Dr. Loomis were a huge blow to the series, it did at least force the franchise to move forward in a new direction.  Granted, that direction was in the bottom of the 99 cent DVD bin at your local Walmart but it was an admirable attempt. No longer hunting down his family would’ve created a new angle for Michael.  He could have, it handled properly, become The Shape again who had no clear motive.  We’ll leave that to David Gordon Green and Danny McBride.

5- The internet angle, while dated, was very… cute.  The age-inappropriate relationship between Sarah and Deckard is ultimately the heart in the movie as most of the male characters are candidates for #MeeToo stories.  His investment in the investigation and the ever-growing audience at the party added to the excitement.  Plus, kudos for a white character (Billy Kay’s “Scott”) dressing up as a black character (Samuel L. Jackson’ s Julius from PULP FICTION) without altering his skin.  I can’t believe I have to point this out but it seems to have to be reminded every Halloween.

In short, HALLOWEEN: RESURRECTION is a far cry from the original but it’s fun to watch with a few drinks in you.  Despite it obviously being filmed on a soundstage the movie isn’t as bad as its reputation.  But still, fuck this movie.  Why does the Michael Myers mask have eye-brows?