Queers in Horror: The Ranger

In the Queers in Horror series, I will highlight genre films that feature prominent queer characters or themes.  Some of these films will be wildly popular while others may not have as big of a spotlight on them as other films.  So brace yourself… for the Queers in Horror.

What’s It About? When Chelsea and her friends get in trouble with the cops, they flee the city and go on the run. Fueled by a hallucinogenic drug called Echo, they hope to lay low-and get high-in an old family hideout in the woods. But Chelsea’s got reservations about going back to nature and secrets she’s not sharing with her friends. When a shot rings out, her past comes crashing back, and the punks find themselves pitted against the local authority- an unhinged park ranger with an axe to grind.”

What Makes This Movie So Gay? THE RANGER isn’t technically a movie I would categorize as “queer cinema” however two of the main characters, Jerk (Pope) and Abe (Weiler) are a gay, interracial couple.  Their relationship is treated just as loving if uneventful as their straight counterparts, Chelsea (Levine) and Garth(Lahu).  It’s the seamless inclusion of these characters and their relationship that makes this film standout.  It operates in a world where gay couples exist with straight couples and their relationship is never treated as problematic.  Considering horror films often treat gay men as unichs or predators, if we exist at all, THE RANGER defiantly stands out from some of its peers. 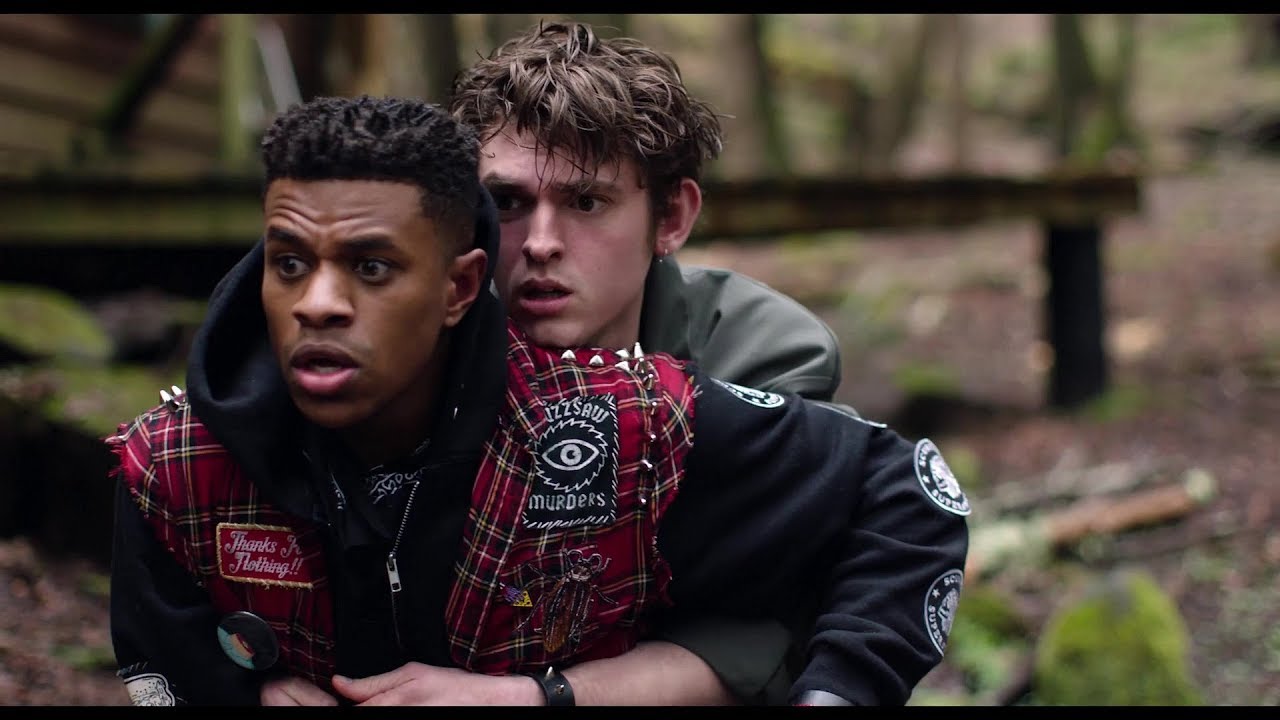 Is This Movie Any Good? Sure? THE RANGER is a fun watch that doesn’t require much thought from the viewer.  There was a lot of wasted potential in the premise, but the kills were pretty gnarly and Jeremy Holm does a great job as the terrifying Ranger.  This film is a fun throwback to the 1980s golden age of slasher films without beating the audience over the head with forced nostalgia.  The characters are mostly enjoyable and reminiscent of the punk rock characters from RETURN OF THE LIVING DEAD (to be clear they’re the diet-coke versions of Suicide and Trash) Chloe Levine is a captivating lead actress who rose above an intriguing, if reserved, script.

THE RANGER is currently streaming on Shudder.