The trailer for the remake of JACOB’S LADDER  has finally been released.  The original film, which was a groundbreaking film and blended the horror and the war-film genre and while exploring PTSD and after-life hallucinations is being retold for a new audience that can’t get access to a Blockbuster Video Store. 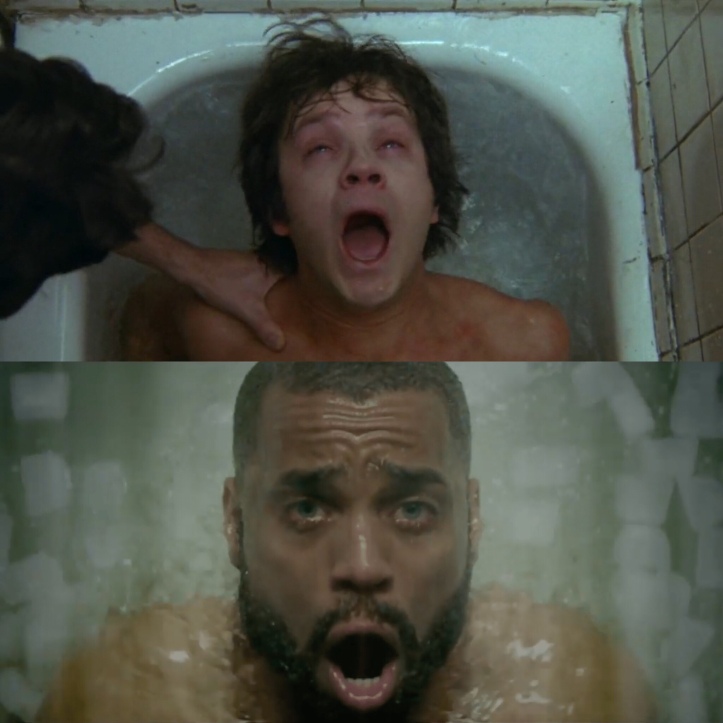 After a long delay (the film began production in 2016 and has been delayed several times since) the Will Packer-produced film, which serves as an homage to the original 1990 film follows Vietnam War, veteran Jacob Singer as he returns home and struggles to maintain his sanity. Plagued by hallucinations and flashbacks, Singer rapidly falls apart as the world and people around him morph and twist into disturbing images.

The latest JACOB’S LADDER stars Jesse Williams (yum), Micheal Ealy (yummer) and Nichole Beharie  (an acting God-send) is finally scheduled for release on August 23rd.  I don’t think much stock is being put into this movie but I’m interested to see how it recreates the underworldy, weird vibe of the original.  Will you be checking it out?  Who’s the hotter brother? Jesse Williams or Michael Ealy?  Let me know in the comments.