Wanna Watch the first 10 Minutes of TALES FROM THE HOOD? 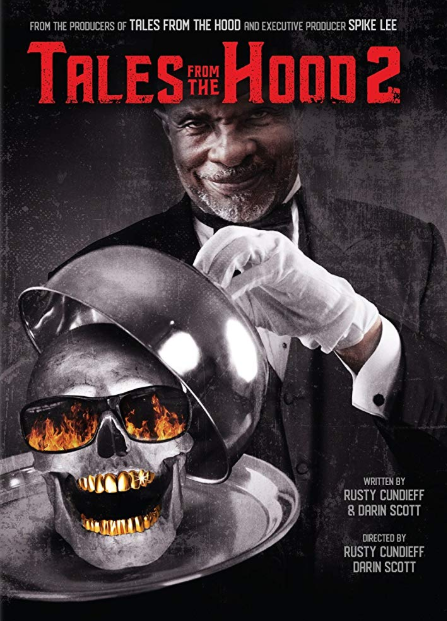 The first 10 minutes of the upcoming and highly anticipated TALES FROM THE HOOD 2 has been released.  I’ve tried to avoid reading much about the film before it’s October 2nd release but what can I say?  I”m a sucker for horror.  Rusty Cundieff’s social commentary-laced horror movie is the (long overdue) sequel to the 1995 original. In this follow-up, “Mr. Simms” (David Keith) returns to introduce four new tales of horror to a group of unsuspecting victims.  Tales of racism, violence, and voodoo are part of the tropes of the story… and I’m excited.   Hopefully, TALES FROM THE HOOD 2 will bring as large of a fan base as the original has generated.  By the looks of this clip, that shouldn’t be a problem.

TALES FROM THE HOOD 2 will be released on video October 2nd.